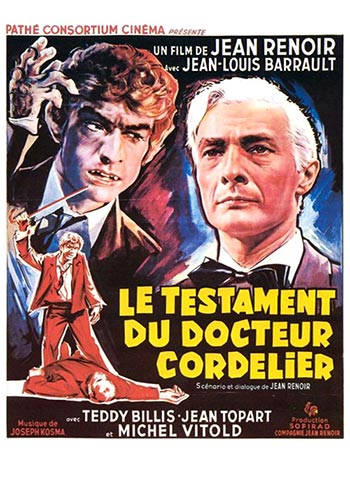 This is a rather unusual but successful take on the famous Dr. Jekyll and Mr. Hyde story, written by Robert Louis Stevenson, that was first published in 1886.

In this French take on the story the story and settings are changed to the more ‘modern’ France of the ’50’s. But don’t worry, they didn’t changed the main character much, only his name. As a matter of fact Opal is perhaps far more brutal and a bad guy than his predecessors from earlier Dr. Jekyll and Mr. Hyde movies.