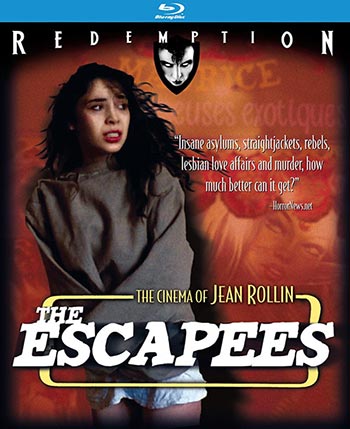 Although there is no horror and only a bit little sleaze and violence (courtesy of Brigitte Lahie no less) this is an unmistakable Jean Rollin film – nobody else could, or even wants to make films his way.

Two girls, one rebellious and the other one almost catatonic, run away from a borstal-like psychiatric clinic, meets a butch pickpocket-girl, some black strippers and a bunch of sailors and ends up in various adventures. This almost plot less, commercially doomed movie, equally pretentious as it is naive, was bound to make 95% of its audience either laugh or leave their seats, but for a Rollin fan there are some beautiful shots to be found. The figure skating scene was incredible and so was some of the shots at the junkyard.