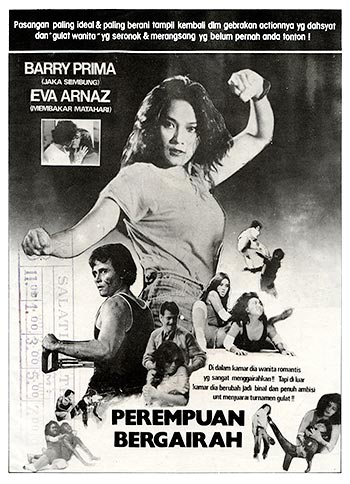 Please note: this is not the Troma Dub but the original English Dub

Renny Basuki (Arnaz) is a young woman and a former judo champion who, after her father’s demise, tries to look after her impoverished family. When her younger brother is diagnosed with a deadly disease, she is desperate to afford his surgery costs. One day, Indra (Prima), a professional wrestling manager, offers Renny and her friend Mia (Diana Suarkom) to join a female wrestling troupe. They agree but Renny’s mother disapproves her wrestling career.