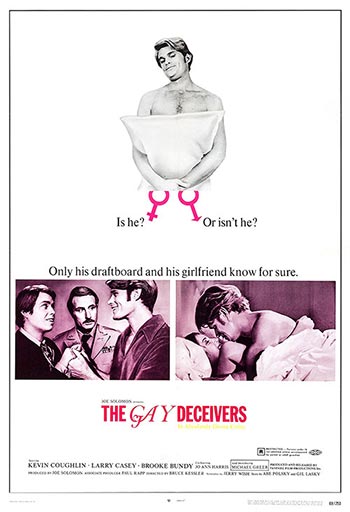 Two young men pretend to be gay when they are asked to pay a visit to the local draft board. Danny (Kevin Coughlin) and his pal Elliot (Larry Casey) camp it up in front of Army recruiter Dixon (Jack Starrett). When the two return to their apartment to celebrate with their girlfriends, they are shadowed by the suspicious officer. Danny and Elliot move into an apartment complex that caters to homosexuals. Comedy ensues when the two must pretend to be gay and confusion reigns among family and friends. The two end up losing their girlfriends but have a secret admirer in the macho military man this ribald comedy.