The House of the Seven Tombs (1982) Pedro Stocki 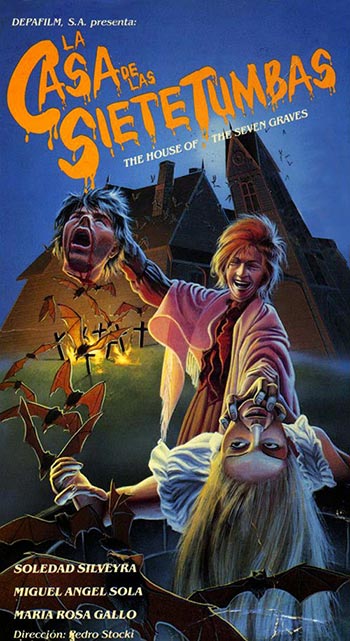 Two childhood friends have grown up and evolved differently regarding how they approach their fears. The mystery has its roots in their childhood fears. Debut director from Argentina Pedro Stocki uses this unsettling premise to construct his film and adds to it an old widow who hates cats,a mentally disabled girl and her love of pigs, a man whose behavior is truly strange and a disgusting pig eating scene. The plot is nonsensical and often plays like a bad dream. The location sets are creepy and the acting is believable.Some images of madness,cannibalism and paranoia are truly memorable. There is also a backyard with seven graves,a tiny bit of graphic nudity and a decapitated head.