The Invasion of the Vampires (1963) Miguel Morayta 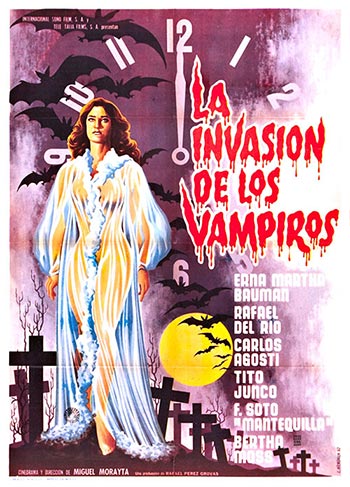 A doctor and his assistant hunt down a vampire named Count Frankenhausen, who is terrorizing the populace.

The opening scene of La Invasion de los Vampiros sets a wonderfully chilling, Gothic tone which carries through. It’s a very effective, creepy movie. Mexican horror is unique. It’s not often in a classic horror film you can mix a desert setting equip with blowing sand and tumble weeds with lush atmosphere and vampires. This film very effectively captures the essence of what made great Mexican horror what it is. Although some of these films are often considered campy, one should realize that this is largely due to the infamous English dubbed prints Americans watched in the late 60s, which often times were poorly done and therefore often detracted from the films serious elements.