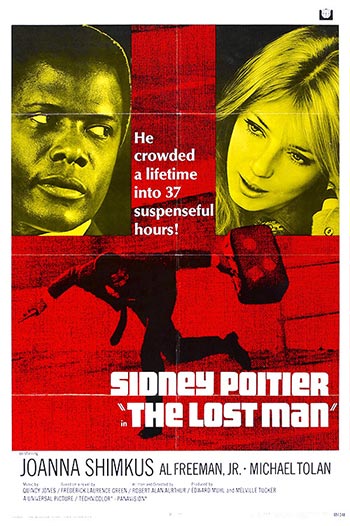 Former U.S. Army lieutenant Jason Higgs (Sidney Poitier) who, after becoming a black militant during the 1960s Black Reveolutionary movement, is wounded when he pulls a payroll heist to help imprisoned “brothers” and has to hide from the police. Social worker Cathy Ellis (Joanna Shimkus) falls in love with Higgs while helping him elude capture. Loosely based on the 1947 Carol Reed film “Odd Man Out.”