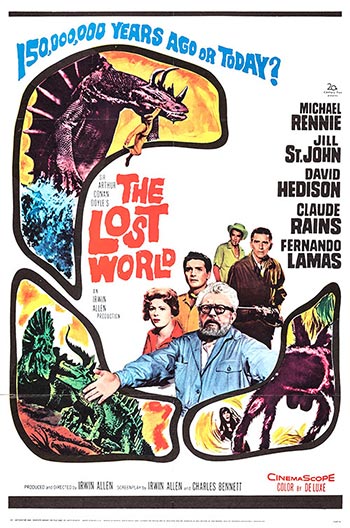 Professor George Edward Challenger leads an expedition to a mysterious South American plateau where he claims to have seen Jurassic-age dinosaurs. He is accompanied by one of his fiercest critics Professor Summerlee, eminent hunter and explorer Lord John Roxton and journalist Ed Malone, whose newspaper is financing the expedition. Once in South America, they are joined by socialite Jennifer Holmes and her brother David who have simply decided to invite themselves along. They are flown to the top of the plateau by helicopter pilot Manuel Gomez but soon after their arrival the helicopter is destroyed by a large prehistoric creature. When they are taken prisoner by natives, they will not only have to escape but find a way down from the plateau.