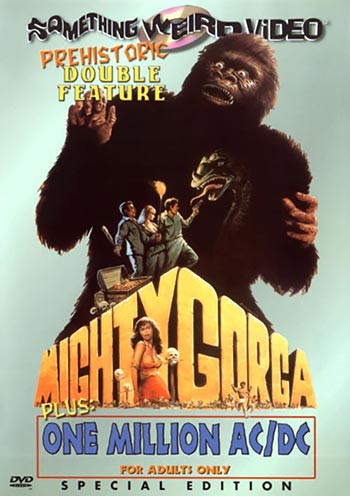 A carnival owner who’s been having financial difficulties and is about to lose his operation, flies off to Africa to capture a rare species of giant ape so that he can bring it back to the states and make it the main attraction of his show, thereby saving his show from bankruptcy. Along the way he meets a beautiful girl named April, gets captured by natives, fights off a Tyrannosaurus Rex hand puppet, rescues April’s father, escapes from the natives, finds a treasure, and gets himself engaged.