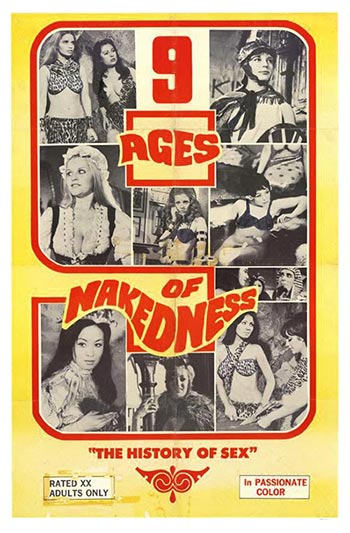 British photographer George Harrison Marks stars as himself (and his ancestors) in this hilarious comedy. Using a visit to a psychiatrist as a modern framing device, Marks travels through time to chronicle the ills his lecherous progenitors suffered because of their entanglements with — what else? — ladies and the arts. Featuring a bevy of nude beauties including June Palmer, Sue Bond and Monique Devereaux, the film was considered racy in 1969.

The films publicity materials claimed the film featured “150 topless international lovelies”, however as several female cast members make repeat performances in several of the films stories that number might be an exaggeration.