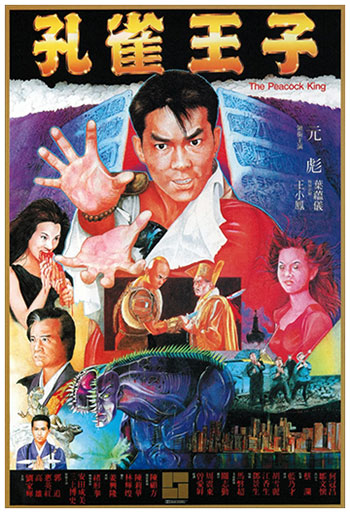 Coerced by the evil Witch Raga, Ashura, the Hell Virgin, attempts to unlock the four Earth holes that lead to the Gates of Hell. Together, Raga aims to control the Earth. However, two monks skillful in magical powers set off on a journey to the cities to obstruct Ashura from unlocking the gates and stop Raga. Otherwise, not only will control of the Earth be at stake, but the King of Hell will resurrect and darkness will overcome the world.

Old school action fantasy horror film mixes stop motion, forced perspective, wires, rubber and other non computer effects for use in a slam bang fantasy film. This is a movie that just starts and goes and never worries about all the details, it just pulls you along like a crazy friend who has this idea of how to do a road trip. It may not be the perfect road trip but you can’t say you’re not having fun. With Monsters that run the gamut from something from John Carpenter’s The Thing to Korda’s Thief of Bagdad to Krull to schlocky 1980’s glowing eyes horror films this movie is a great deal of fun for people who don’t mind less then perfect monsters. The martial arts sequences are well done even when they sprinkle in magical aide. Best of all are the characters who seem to all belong together and who banter about with a nice level of wittiness that doesn’t fall into cliché or stupidity.