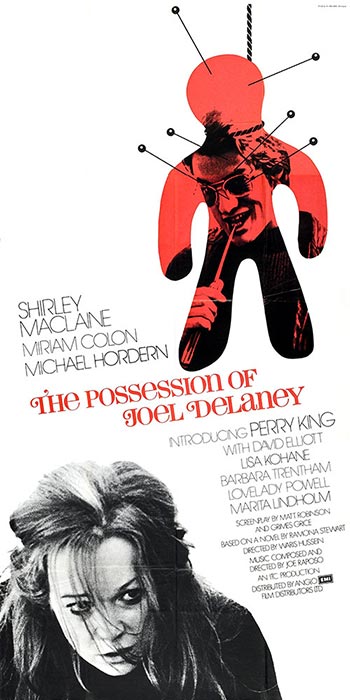 Before The Exorcist, there was The Possession of Joel Delaney. Shirley MacLaine stars as Norah Benson, a New Yorker who puzzles over sudden changes in her brother’s behavior. Joel (Perry King at his most frightening) has begun speaking Spanish and practicing strange rituals. In order to protect her family and save her brother, Norah must delve deep into the mysterious world of Santeria, where she begins to suspect that the spirit of a serial killer may be the reason for Joel’s behavior.

The Possession of Joel Delaney (1972)