The Shape of Things to Come (1979) George McCowan 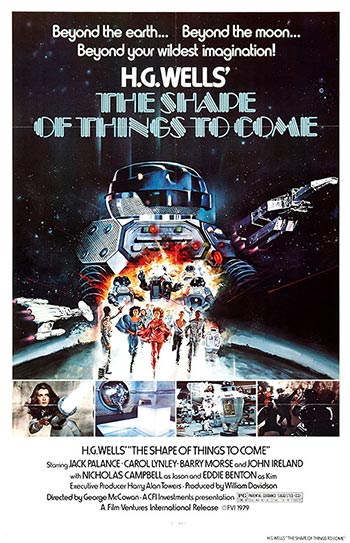 Planet Earth is a devastated wasteland, and what’s left of humanity has colonized the Moon in domed cities. Humanity’s continued survival depends on an anti-radiation drug only available on planet Delta Three, which has been taken over by Omus, a brilliant but mad mechanic who places no value on human life. Omus wants to come to the Moon to rule and intends to attack it by ramming robot-controlled spaceships into the domes. Dr. John Caball, his son Jason, Jason’s friend, Kim, and a robot named Sparks embark on Caball’s space battlecruiser on an unauthorized mission to Delta Three to stop Omus.