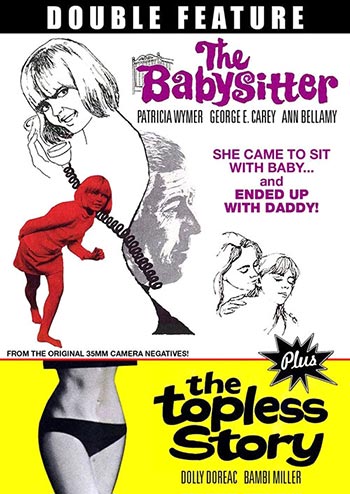 We do get some nice (stock) footage of New York City circa 1962 as well as some acceptable travelogue stuff. There’s a wisp of a story: a male fashion designer gets ticked off at a female magazine editor and flees New York. The editor and a friend follow him. Everywhere the designer goes, some woman or other strolls around with an exposed breast or two. He winds up at some sort of semi-nudist colony in Greece where everyone runs around in G-strings. Then they all wind up in Bangkok, which, ironically enough, also has a semi-nudist colony.