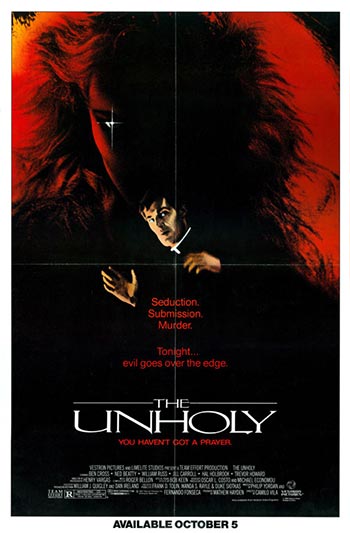 In New Orleans, a series of horrific murders of priests are occurring around the city’s Catholic churches. The diocese calls in Father Michael (Cross) to fight the powerful demon, known as Daesidarius, or The Unholy. The Father’s faith is tested almost to the breaking point as the demon – disguised as a stunningly beautiful lady – attempts to seduce Father Michael into breaking his vows. Father Michael soon learns how the Unholy works – by murdering the sinner in the act of sinning, then sending that person’s soul to Hell. Will this one priest’s inner strength be enough to stop this monster – or will he join the ranks of the other ill-fated priests?