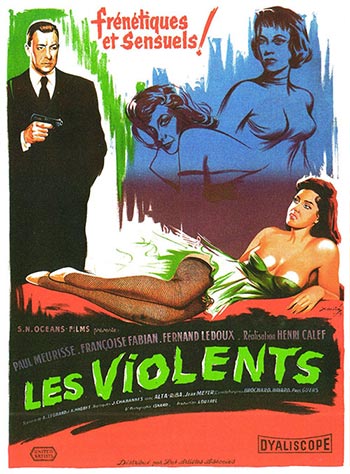 Pierre Tercelin who used to be a prosperous industrialist is now ruined and embittered, having become a mere lock keeper. A widower, he lives with his daughter Evelyne, a music-hall dancer. Claiming he is being persecuted by his cousin Edgar he gets in touch again with another cousin of his he hates, Bernard, a millionaire gun runner,who is also a victim of Edgar. It must be said that both Pierre and Bernard once caused Edgar to go bankrupt… Pierre offers Bernard to join efforts against Edgar. Soon after, Bernard dies of poison, which is only the first of a series of acts of violence. Tiercelin is shot at while going back home, Bernard’s son is gunned down while his sister Luciane disappears. Chief-inspector Malouvier – who oddly enough looks very much like the suspect- investigates.