The War of the Planets (1966) Antonio Margheriti 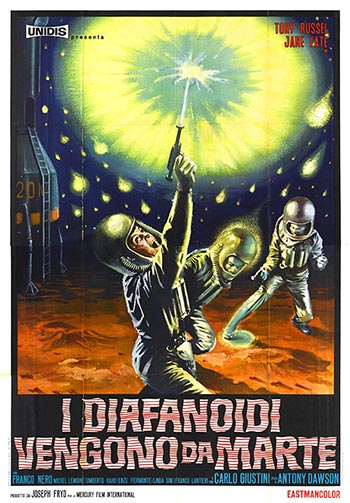 In the 21st century, aliens (weird, green, lights which sometimes manifest themselves as large clouds of smoke) invade the solar system. Using Mars as their base, they steal all of Earth’s space stations then brainwash or kill the crews. Next stop: Earth, unless Tony Russel and his crew can stop them.