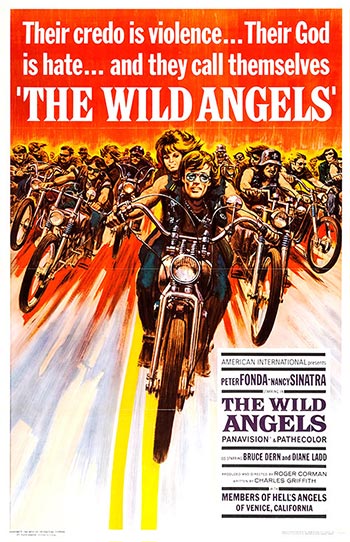 Peter Fonda plays ‘Heavenly Blues’, the leader of Hell’s Angels chapter from Venice, California while Bruce Dern plays ‘Loser’, his best pal. When they both botch their attempt to retrieve Loser’s stolen bike, Loser ends up in the hospital. When the Angels bust him out, he dies, and they bury him. Nancy Sinatra plays Mike, Blues'”old lady” and Diane Ladd plays Loser’s wife (Dern’s real-life wife at the time). The plot is basically a buildup to the last half-hour of the film in which Loser’s funeral becomes another wild party.