Those Eyes, That Mouth (1982) Marco Bellocchio 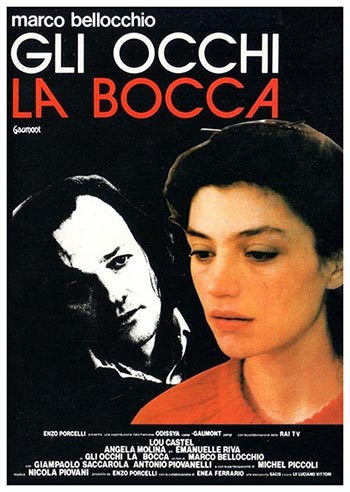 Burned-out, over-the-hill actor Giovanni returns to Bologna for the funeral of his twin, Pippo, a wealthy suicide unlucky in love. The family tells Pippo’s mother it was an accident, but there’s a problem: Vanda, Pippo’s one-time fiancée, won’t grieve and refuses to come to the funeral. At a family dinner, Vanda talks about the note Peppo left. Again the family tries to keep mom in the dark. They assign Giovanni to persuade Vanda to keep up appearances. He sees her unhappy relationship with her father, who suspects her of sleeping with a doctor. Why she sees the doctor, how Giovanni and she deal with their mutual attraction, and his rebirth become the film’s focus.