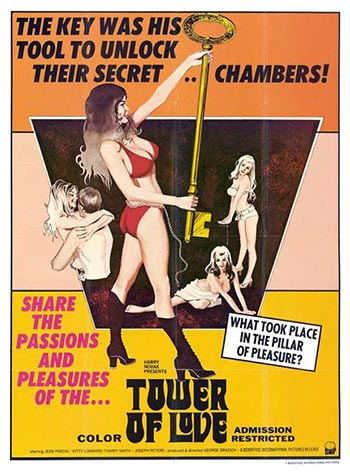 American models accept a job overseas, but their employers strangely insist that they wear chastity belts at all times.

In this bizarre Harry Novak Production, three American models accept a job in a fictitious European country to be spokeswomen for a national celebration. They are housed in luxury and paid quite well, and the only drawback is that they must wear chastity belts at all times. The girls go about their daily activities, playing cards, working out, jogging all wearing only these small metal g-strings. Sexually frustrated, each calls upon a locksmith, who after having removed their belts, has sex with them. Later on the women are sent back to America, as the event has been cancelled, and the viewer finds out that the locksmith was the nation’s prince, engaging in this strange farce to get him some “action”.