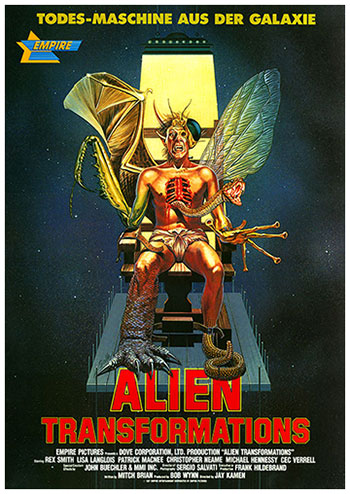 Wolfgang is traveling in outer space when a monster, which he sees as a beautiful woman, appears in his spaceship and makes love with him. Then the ship is forced to land on a planet which is a penal colony. Here he meets Miranda who falls in love with him. A group of prisoners uses him and his spaceship to fly away from the planet. But the monster which is by now inside Wolfgang arouses and only Miranda’s love can save him.