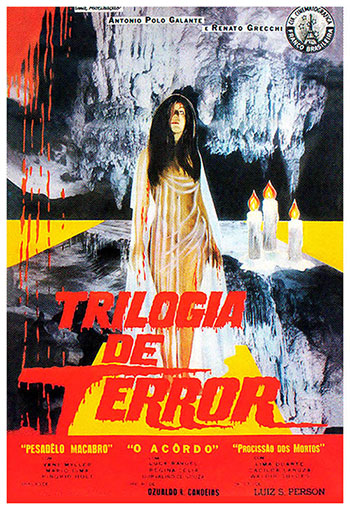 O Acordo (The Agreement): A mother becomes involved with black magic and offers a virgin woman to the devil in exchange for curing the illness of her only son.

A Procissão dos Mortos (Procession of Dead): A poor laborer is the only man in one village with courage to face a group of guerrilheiros (“guerrilla ghosts”) that haunt the minds of the local villagers.

Pesadelo Macabro (Macabre Nightmare): A young man named Claudio (Mario Lima) is obsessed by fear of reptiles and spiders and the fear if being buried alive. When he undergoes a shocking event, he becomes unresponsive and is mistakenly buried, only to revive in the coffin after burial. His screams of terror from underground go unheard by the villagers.