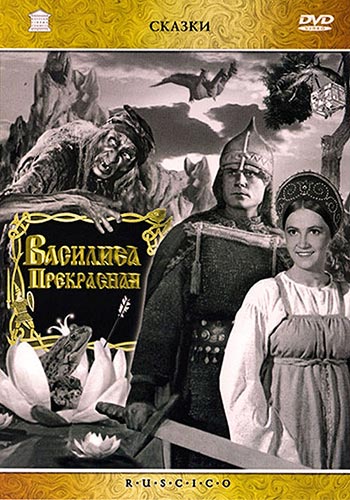 Based on a Russian folk tale, Vasilisa Prekrasnaya (Vasilisa the Beautiful) is about a father whose three sons go out to finds themselves brides. Two of the boys come home with perfectly normal girls, but the youngest brother, Ivanushka, brings home a frog from the marshes. His father finds this most curious, but what he does not know was that the frog was actually a beautiful girl named Vasilisa who was cursed by a magical serpent whom she refused to marry. Now Ivanushka must overcome tremendous obstacles to restore Vasilisa to her true form and free her from the serpent’s spell.