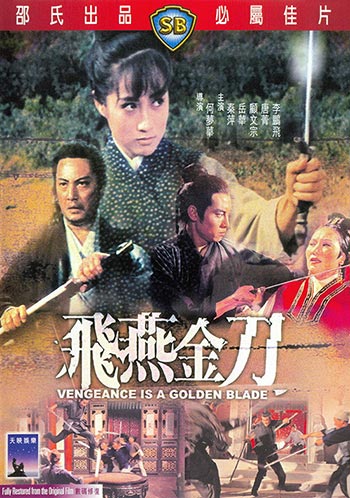 Li Zhishan is a rich man, but wealth cannot keep the loyalties of his wife, who has been visiting the bed of a rival. She helps plot against him, and the Vicious Long Brothers invade his home and steal the Golden Dragon Blade – a sword that makes its wielder unbeatable. Zhishan, crippled in the attack, and his young daughter are whisked away by a devoted servant, and the trio soon find shelter in the home of an herbalist. Years pass, the daughter grows up to be a lovely young woman and a powerful fighter, and the Long Brothers use the Golden Dragon Blade to gain power in the region. Zhishan’s family of sorts has managed to stay well hidden, but a trip into the city – the daughter’s first – sets off an old power struggle as Zhishan’s wife discovers her daughter is quite alive.