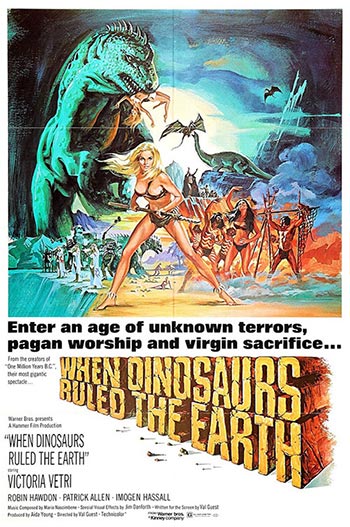 Set in a non-existant past when humans and dinosaurs lived together, a small tribe is struggling to survive by giving a sacrifice of a blond woman to their gods in return for protection from the giant lizards looking to snack on them. Sanna, one of the sacrificial offerings, finds herself on her own when a freak storm interrupts the ceremony. As she searches for a safe haven she encounters hostility from rival tribes and lots of huge and very hungry dinos.

When Dinosaurs Ruled the Earth (1970)