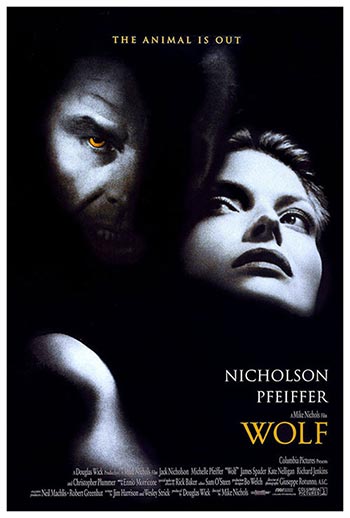 Worn down and out of luck, aging publisher Will Randall is at the end of his rope when a younger co-worker snatches both his job and wife out from under his nose. But after being bitten by a wolf, Will suddenly finds himself energized, more competitive than ever, and possessed with amazingly heightened senses. Meanwhile, the beautiful daughter of his shrewd boss begins to fall for him – without realizing that the man she’s begun to love is gradually turning into the creature by which he was bitten.