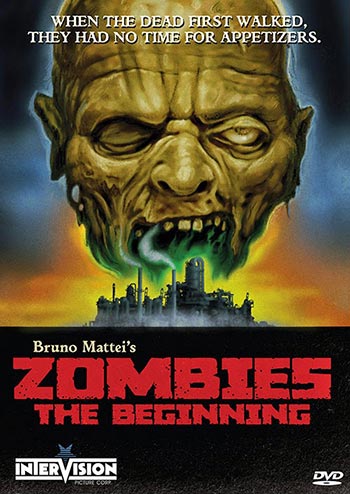 A group of rough’n’tumble marines led by Captain Jurgens are sent by the powerful company Tyler Inc. to investigate reports of a zombie outbreak on a remote pacific island where a series of secret scientific experiments are being conducted. Dr. Sharon Dimao, who’s the traumatized lone survivor of a previous zombie rampage, accompanies the team on their desperate rescue mission.

This is truly a high note for Bruno to go out in for his long career of xerox cinema. Why? Is it a technical masterpiece? Does it contain amazing acting? Hell no! It is because Bruno has the gall to lift tons of scenes from CRIMSON TIDE and shamelessly steal the TERMINATOR 2 theme. Plus, you have to love a direct sequel titled ZOMBIES: THE BEGINNING. What? The mimicking of the plot of ALIENS, 21 years after the fact, is just hilarious. Every major scene is here, just with 1/50th of the budget. Yzon gets all tough like Sigourney Weaver’s Ripley and the film’s bloody finale has her in a big breeding chamber where there is a huge talking brain (no, it is never explained).