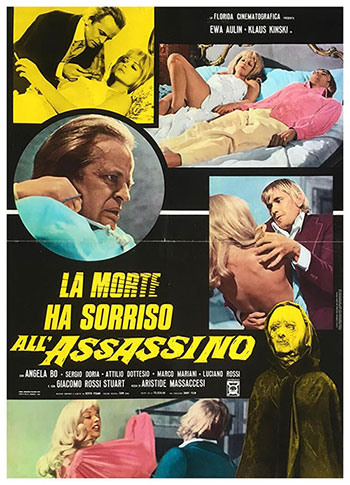 Death Smiles on a Murderer (La Morte ha Sorriso All’Assassino) is a grotesque yarn starring the equally grotesque Klaus Kinski. The murderer of the title thinks he’s gotten off scott free. But, no, someone has been dabbling in Things Man Was Not Meant to Know, and soon the murder victims have been brought back to life. Ewa Aulin, star of the controversal 1968 comedy Candy, also appears. Death Smiles on a Murderer was directed, written and photographed by the prolific Aristide Massaccesi, also known as Joe D’Amato.