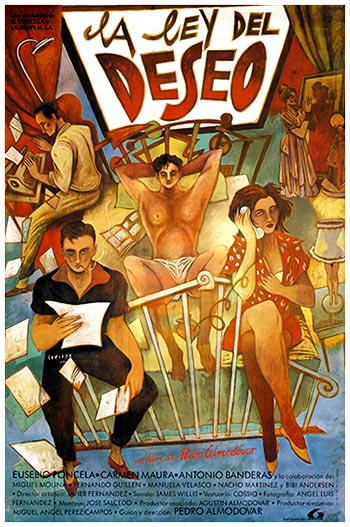 Pablo and Tina have complicated sexual lives. Pablo writes and directs plays and films; he’s gay and deeply in love with Juan, a young man who won’t reply to Pablo’s affection or letters. Pablo’s sibling Tina is a transsexual, angry at men, raising Ada, and trying to make it as an actress. Pablo takes up with Antonio, a youth who becomes jealous of Pablo’s love for Juan. Antonio seeks out Juan, and violence leads to Pablo’s grief and a temporary loss of memory. When memory returns, he learns that Antonio has taken up with Tina. In horror, he hurries to Tina’s rescue and must face Antonio and his desire.