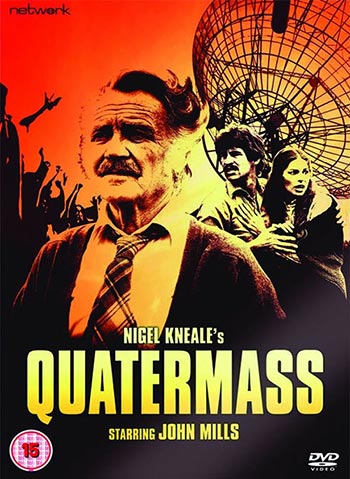 In the near future, civilization has broken down to the barest fragment of recognizable life. Young people are forming gangs and dominating the wrecks of cities like London. But the strangest Earth children are the “Planet People”, following plumb-bobs to sacred sites, waiting to be “taken up”. Professor Quatermass (Sir John Mills), seeking his granddaughter, teams up with Joe Kapp (Simon MacCorkindale), who is trying to analyze strange signals from space using the last working pieces of electronic equipment. They find the “Planet People” at a nearby stone circle, a light appears, the signal appears, and the hippy children are gone. Russian plot? Nirvana? Or something altogether more sinister?