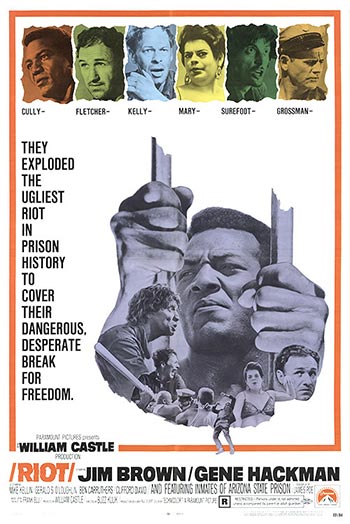 Cully Briston is serving a 5 year sentence in an Arizona prison. He’s not getting along well with the Sergeant of the guards who, on finding a bottle of moonshine near Cully, sends him to the isolation block. Arriving there Cully discovers that inmates have taken over the block and have taken the guards as hostages to demand better living conditions. Inmate Red Fraker, leader of the revolt, has a secret plan to escape with a few other inmates and asks Cully to join them. Red explains there’s an old tunnel under the prison auditorium of which prison staff is unaware. Cully plans to brew moonshine to get the other inmates drunk while the select few escape.