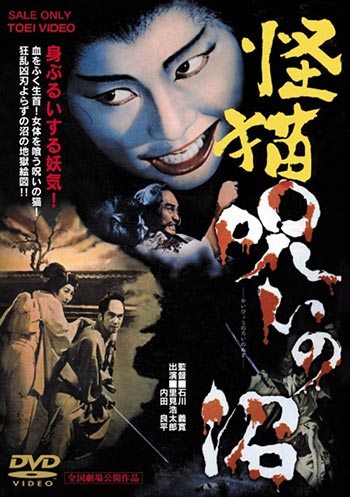 Nabeshima Naoshige murders his lord, Takafusa Ryuzoji, seeking to gain power and steal his Lord’s wife. To avoid her fate, Lady Takafusa drowns herself along with her cat in a nearby marsh. A decade later, Naoshige’s efforts to steal another woman triggers a curse on him when she also commits suicide at the same marsh forcing him to suffer the consequences of his past actions. This a an awesome black and white samurai/ghost story with terrific fighting, and believable special effects. One of the better films in this genre, thoroughly entertaining!