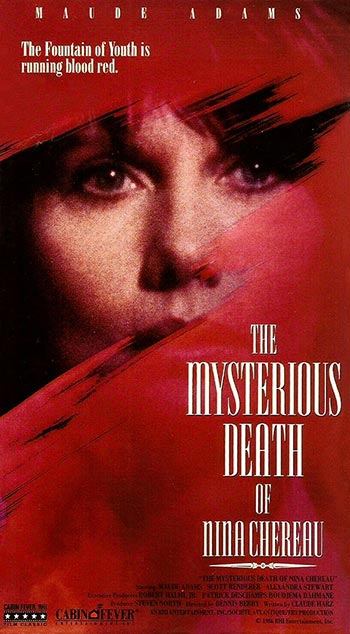 A young psychiatrist tries to help a young woman in an asylum who has been accused of having killed a teenage girl. But when she escapes and he goes after her, he finds himself involved in a mystery far greater than simply a woman thought to be insane. And the more he finds out about her, and her relationship to a mother who no longer will have anything to do with her, the more he finds that he is dealing with something terribly unnatural… which leads to a final resolution and revelation that makes the film not only unpredictable, but haunting as well.

The Mysterious Death of Nina Chereau (1986)