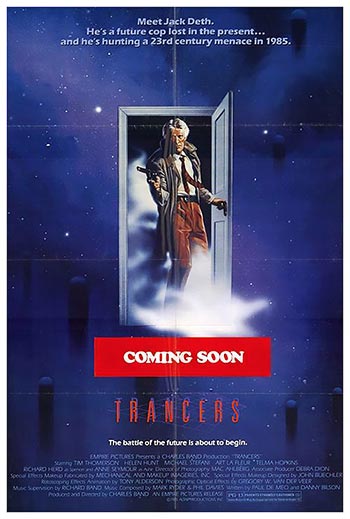 Jack Deth is a kind of cop/bounty hunter in the bleak Los Angeles of the future. He’s become obssessed with chasing Whistler – an evil criminal who uses powerful hypnotic powers to convert people into zombie like creatures known as trancers. Whistler has managed to escape through time travel and is loose in 1980s L.A. but Deth is on his trail.