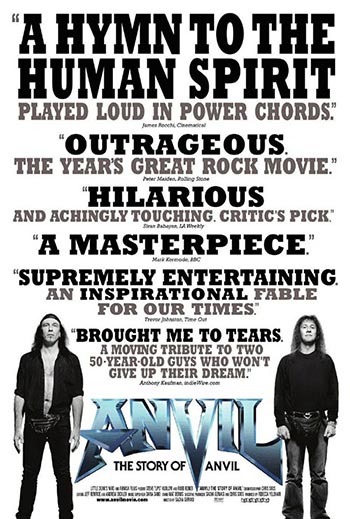 At 14, best friends Robb Reiner and Lips made a pact to rock together forever. Their band, Anvil, hailed as the “demi-gods of Canadian metal, ” influenced a musical generation that includes Metallica, Slayer, and Anthrax, despite never hitting the big time. Following a calamitous European tour, Lips and Robb, now in their fifties, set off to record their 13th album in one last attempt to fulfill their boyhood dreams.