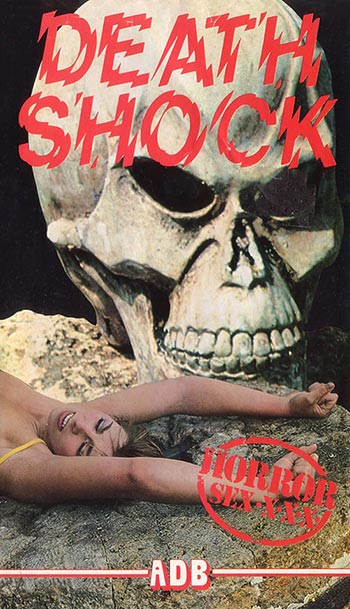 Sex and black magic in the Norwich countryside.

A lone female cyclist in a very short skirt travels down a country road, coming to a rest at a gated field. As the young woman dismounts her bicycle and climbs over the gate, the camera seizes every opportunity to zoom in on the exposed gusset of her tight white knickers.

Obviously having never been warned of the dangers of walking down a lonely wooded path on her own, the girl then proceeds to do just that, totally unperturbed by the loud Satanic chanting coming from up ahead; before you can say ‘devil worshippers’, she finds herself being pursued by several naked men.

A quick vault back over the gate results in her skirt being torn, revealing her knickers once again. Unable to remember how to ride her bike, the frightened woman then continues on foot, fails to flag down a passing car (driven by the only bloke in the world who wouldn’t stop for a clearly distressed, fit bird in a short skirt) and falls in a swimming pool, before being trapped, stripped, and sacrificed to Old Nick by her assailants.

This trashy pre-credits sequence to Death Shock is so cheap and tawdry that one might easily be forgiven for thinking that this film is going to be a totally unmissable piece of exploitative horror cinema. Nothing could be farther from the truth, though, the focus of the film being solely on arousing its viewers rather than scaring them. Director Lindsey Honey, better known as hardcore porn star Ben Dover, spends the remainder of his scant 47 minute running time cramming in as many sex scenes as humanly possible, but this being a British film, the bonking has been carefully choreographed and edited so as to avoid revealing anything that might break the UK’s Draconian obscenity laws of the day.