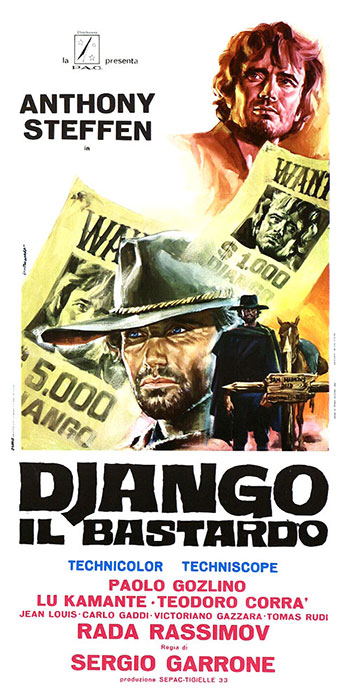 A mysterious stranger appears to take terrifying revenge on former Confederate officers who during the Civil War betrayed and were responsible for the massacre of their unit.

“DJANGO THE BASTARD” is a real odd horror flick. Usually in horror movies they take place in modern day. The setting for this movie is in 1880’s southern states. During the civil war, Army officers sold their entire regiment to the enemy, who brutally massacred them. One survived, (or did he?) and his name is Django. 13 years later he comes back to get revenge on the Officers and kill ANYONE who gets in his way. Some people think Django is supernatural, is he? See the movie to find out.

Gritty, moody, and atmospheric, this was reportedly the uncredited inspiration for Clint Eastwood’s High Plains Drifter and does indeed bear a few similarities. Fans of the Eastwood film should definitely check this out.