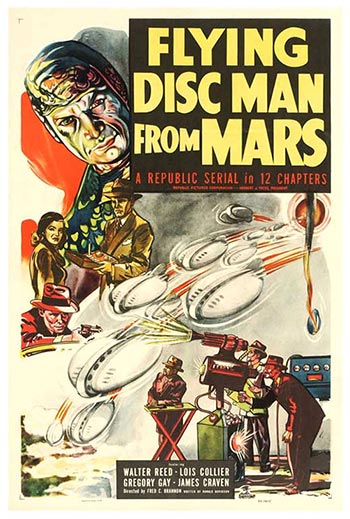 A strange craft spying on industrialist Bryant’s plant is brought down by Bryant’s new atomic ray. Bryant meets the one survivor… Mota from the planet Mars! Not exactly benevolent, Mota enlists the aid of Bryant (a former Nazi) in a scheme to bring Earth under control of a supreme dictator, for its own good of course, using advanced atomic weapons. But their attempts to steal uranium alert Kent Fowler of Fowler Air Patrol, who sets out singlehanded to foil the villains. Fist-fights and wrecks in every episode.