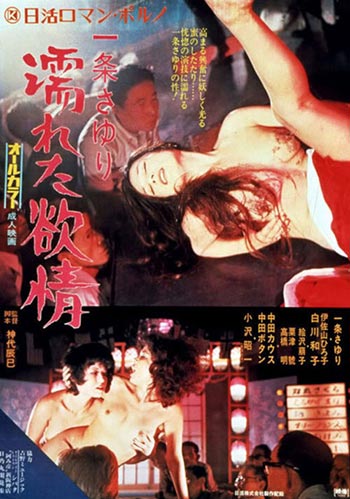 Famous real-life stripper Sayuri Ichijo appears as herself in this fictional account of her daily life. The story involves Ichijo’s relationships with two men: Her boyfriend, and the strip-club owner. Ichijo considers her work in striptease to be an art-form and pushes the boundaries of legality. Harumi, a younger stripper determined to outdo Ichijo, contributes to the ever-increasing extremity of the strip acts, which result in continuous problems with the police, and numerous arrests.