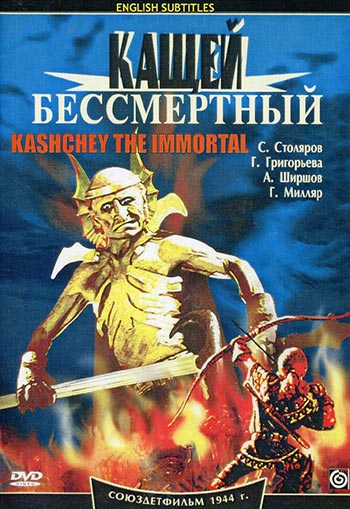 A beautiful maiden, Marya Morevna, gives her prospective prospective husband, the mighty warrior Nikita Kozhemyaka, three riddles to solve before she’ll marry him. Before he can tell her the answers, the Russian land is invaded by the armies of Kashchei the Immortal, in whose footsteps death and destruction follow. Marya is abducted by Kashchei, and Nikita finds his home in ashes. Nikita meets a kindly wizard who gives him a cap of darkness. With it, the hero will find a way to save his bride and rout Kashchei.