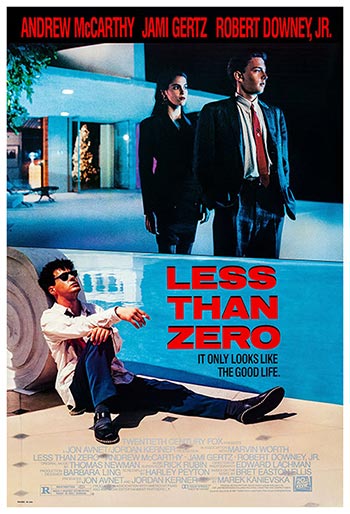 Clay, an eighteen-year-old freshman, comes back from his first term at Princeton to spend his Christmas vacation with his broken-up wealthy family in Los Angeles. His former girlfriend, Blair, is now involved with his ex-best-friend, Julian. She warns Clay that Julian needs help: he is using a lot of cocaine and has huge debts. What follows is a look at the youth culture of wealthy post adolescents in Beverly Hills with a strong anti-drug message. Apart from the setting and the names, the film has very little to do with Bret Easton Ellis’s book by the same title on which it was based.