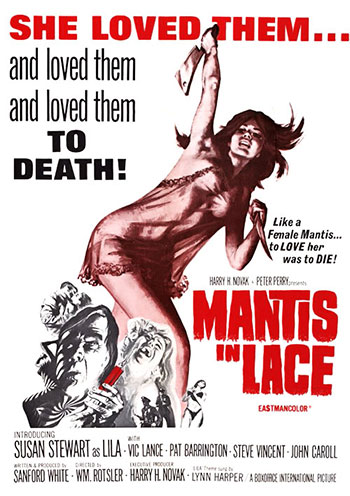 A topless dancer attracts, seduces, then murders the men she sleeps with. She does it with a twist, however; she kills them with garden tools.