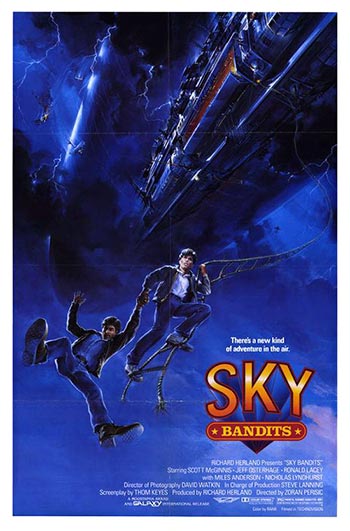 When two cowboys are captured in the old west trying to rob a bank, they are exiled to the front lines of World War I to fight alongside the British. They get into a bet to see if they can fly a Gunbus, they do but then end up in another base under an officer who is determined to hunt down a German airship.