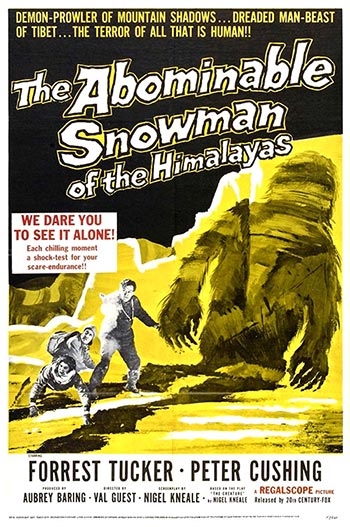 Dr. John Rollason (Peter Cushing), his wife, Helen (Maureen Connell), and a colleague, Peter Fox (Richard Wattis), have traveled to a remote location in the Himalayas, ostensibly to study rare plant specimens. However, Helen and Peter soon learn that John had an ulterior motive, when he reveals that a ragtag group of explorers, headed by Dr. Tom Friend (Forrest Tucker) are on their way to meet up with John. They plan to lead a small expedition further into the mountains, in search for the infamous abominable snowman, or Yeti.