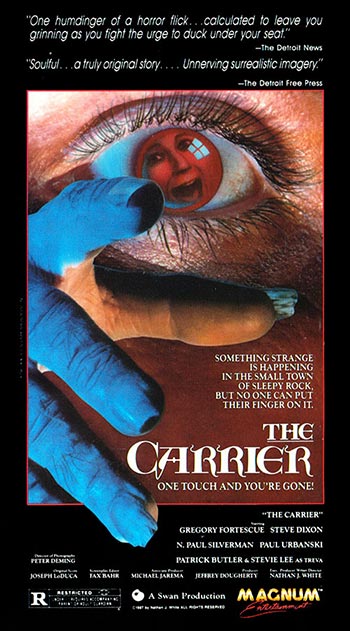 The main character is stricken with a horrible disease, but it doesn’t affect him. It spreads to every inamimate object that he touches, and then if another person touches the object, they are dissolved into it. No one knows that Jake is the carrier except him. This brings about the “red objects” that specify every object that he has touched, as discovered by the community with cats. They use cats to test inanimate objects for the disease. And they cover themselves in garbage bags to protect themselves.