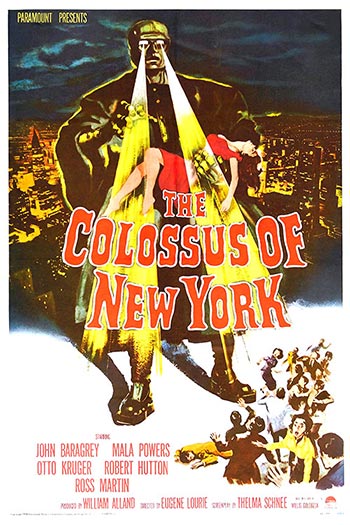 Jeremy Spensser, genius humanitarian, is killed in an accident just after winning the Nobel Peace Prize. His father William, a brilliant brain surgeon, works on the body in secret before burial; later revealing to his other son Henry that he has the brain on life support and hopes to encase it in a robot body! The resulting being is large, strong, and develops many strange powers. Initially it has Jeremy’s gentle personality but this, too, begins to change, and a year later it decides to end its long seclusion… Unusual piano music score.