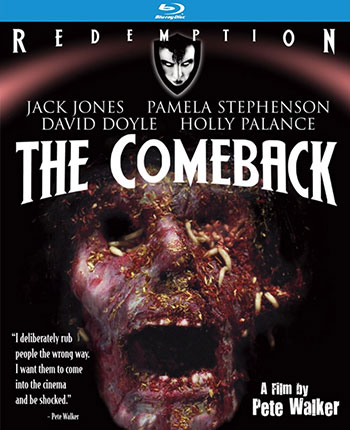 A singer holes up at a sinister estate to write new songs for his act. The ghost of his murdered wife begins to haunt him, then the person who actually killed her shows up at the mansion.

Typically gruesome Pete Walker’s shocker filled with suspense and bloody murders. There is also an air of self-parody here plus a good deal of humour, still fans of Grand Guignol horror shouldn’t be disappointed.