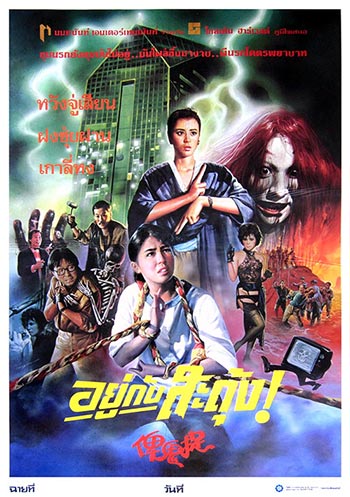 A dinner party at a Hong Kong high-rise goes awry when party guest Judy Hsu (Shu-Yuan Hsu) becomes a victim of poltergeists and, as a result, her spirit returns to carry out the sinister plans of the evil presence. Security guards Chu Bong (Jing Wong) and Fan Pien-Chou (Shui-Fan Fung) later discover that their office high-rise is haunted by demons of the Japanese war dead from World War II. The evil spirits plan to seek revenge by claiming the lives of humans frequenting the building that were born on a certain year and time. Bong and Chou are on the victims list and, fearing for their lives, seek the help of Taoist priestess (Joyce Godenzi) to vanquish the ghosts.