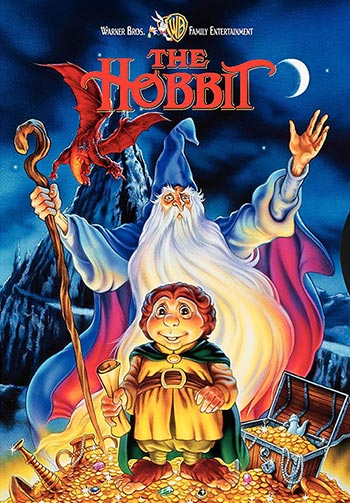 Bilbo Baggins the Hobbit was just minding his own business, when his occasional visitor Gandalf the Wizard drops in one evening. One by one, a whole group of dwarves drop in, and before he knows it, Bilbo has joined their quest to reclaim their kingdom, taken from them by an evil dragon named Smaug. The only problem is that Gandalf has told the dwarves that Bilbo is an expert burglar, but he isn’t….

Based on the beloved novel by J.R.R. Tolkien, THE HOBBIT is an animated classic that was brought to the TV screen in the late 1970s by Arthur Rankin and Jules Bass. Rerun by networks for years, this tale of Middle-earth consistently awes viewers and has inspired a whole new generation of Tolkien fans.