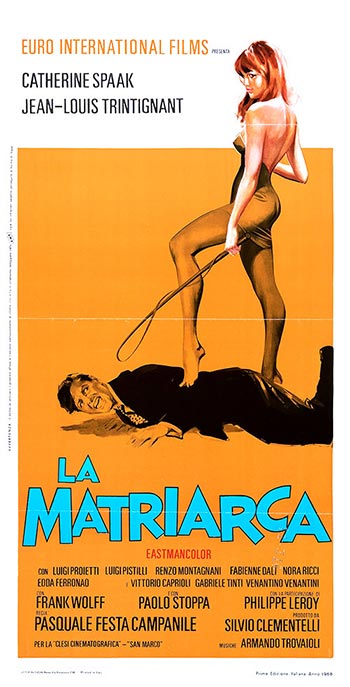 A sex comedy about a young widow, Mimi who discovers that her recently deceased husband, Franco kept a secret apartment for his kinky desires. Frustrated that he did not explore his sexual fantasies with his wife, she embarks on a quest to understand perversion and sexuality. She uses her late husband’s apartment to seduce various men, each time learning more about the depths of human deprivation, as well as the extent of the sexual double standard for women. Finally, she meets the man who shares himself fully with her, appreciates her sexual daring and accepts her for whoever she is.